The Leap Year Sale was a 24-hour Sale Event that took place on February 29th 2012. The majority of the sale revolved around Elder, Rewardville, and Ancient's Workshop Abilities sold at discount prices or in bulk for Favor Points. Other purchasables include 3 new Elder Abilities, and the Creepy Couture set Avatar at a discount price.

Three new Abilities could be purchased from The Elders and were only available during the sale. Each Ability bought provided a Stat Boost, something which has never happened before.

Every fours hours 1 new Bundle would appear, replacing the previous Bundle. Each Bundle appeared only once and cost 120

and were only available in the Base Game.

The Creepy Couture Avatar sets was sold for a discount during the sale, from the standard 45

The Earth rotates around the Sun every 365.25 days, which causes a problem because there is an extra quarter-day every year. To compensate for this anomoly, we add an extra day to February every four years, creating February 29th or a Leap Year day.

Become infinitely powerful with new extremely rare Epic Abilities which give you energy, rage and stamina as well as attack and defense.

Wield the dark magic of the fourth year upon your enemies with these rare powerful, epic abilities.

Calling all Demons of Darkness! We have something special to offer you this leap year! Here's your chance to become infinitely powerful with these new and extremely rare Epic Abilities! As rare as the 29th of February, these Epic Abilities come fully loaded.
The sale is on for just another few hours! Don't miss out on this rare opportunity! 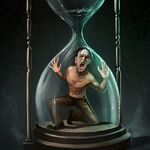 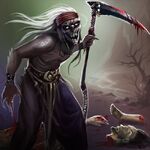 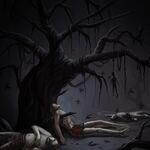