This article is a stub. You can help Vampire Wars Wiki by expanding it.

Lucifer is an event similar to the Dracula challenge. It will require Damned Souls. Lucifer will be an antagonist in this event. You are most likely to get Damned Souls in ancient vampiric chests as well as gifting them. You can ask your friends (Reverse Gifting) for Damned Souls (up to 32 requests per day, IMPORTANT: You cannot send Damned Souls or any gifts if you use the game to request your friends for Damed Souls). You can also Ask For Help and Share Reward to let your friends gain Damned Souls (every time they click you gain 2%, you can receive help this way 5 times a day). Once you have beaten Lucifer to 100% you can reset the mastery for 30 favor points, giving you another 10 days to finish the Mission. 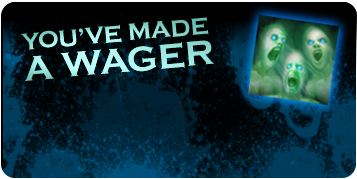 When the player became a vampire, they lost their soul to the clutches of the devil. They were incapable of feeling emotion. Lucifer comes to them with a deal. They can make a gamble with the devil and if they win, their soul is theirs. If they lose however a much greater price is to be paid. The player collected souls of the damned to keep from Lucifer, and use as bets during their gamble. Many souls may be lost in exchange for one. But with that one comes the power of emotion, and it's always said that things like "Love" are the most powerful things in the world.

Lucifer is a Latin word (from the words lucem ferre), literally meaning "light-bearer", which in that language is used as a name for the dawn appearance of the planet Venus, heralding daylight.

In English, "Lucifer" generally refers to the Devil, although the name is not applied to him in the New Testament. The use of the name "Lucifer" in reference to a fallen angel stems from an interpretation of Isaiah 14:3–20, a passage that speaks of a particular Babylonian King, to whom it gives a title that refers to what in English is called the Day Star or Morning Star (in Latin, lucifer), as fallen or destined to fall from the heavens or sky. In 2 Peter 1:19 and elsewhere, the same Latin word lucifer is used to refer to the Morning Star, with no relation to the devil. However, in post-New Testament times the Latin word Lucifer has often been used as a name for the devil, both in religious writing and in fiction, especially when referring to him before he fell from Heaven.

Wikipedia has an article about:
Lucifer
Community content is available under CC-BY-SA unless otherwise noted.
Advertisement