This ability is obtained from the fourth tier of the Pestilence ability set. It available between October 29th - November 3rd 2011 and is found on Facebook.

Smallpox, also known as the red plague, was an infectious disease characterized by skin rash and fluid-filled blisters. Small pox could also cause blindness, facial scarring, arthritis and other limb deformities. Smallpox was officially eradicated from the human population in 1979. 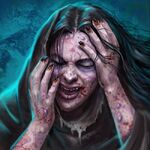 Wikipedia has an article about:
Red Plague
Community content is available under CC-BY-SA unless otherwise noted.
Advertisement