The Sinister Shadows Sale was a 48-hour event stretching between September 17th - September 18th 2011. The majority of the sale revolved around Elder, Event, retired Gift, Akem's Gamble, Ancient's Workshop, and previous Sales Abilities sold at discount prices or in bulk for Favor Points, as well as retired Familiar and Avatar sets.

Five new Abilities were available only during the sale, three of which could be purchased from The Elders for an astonishing cost of 95

apiece. The other 2 were available during the Lightning Sale for 25

These sets could be purchased individually or in a set of three. The sets changed once halfway through the sale.

Every four hours 1 new Bundle would appear, replacing the previous Bundle. Each Bundle appeared only once.

Several retired sets of Familiars were made available again during the sale, giving players a second chance to get ones they might've missed the first time. Every three hours a new Set would appear, replacing the last Set. Each set could be purchased at 180

, or each Familiar could be bought separately for 40

Several retired Avatar sets and background were available during the sale.

A shadow falls across the land and daylight dwindles... Celebrate the dark times to come with this sale of abilities, familiars, and avatars.

As shadows fall, it is time to prepare for the dark days ahead. Get all the great stuff from Vampire Wars at upto a 70% off only on September 17th and 18th.

Shadows creep upon the ground as summer wanes and the days grow shorter. Arm yourself for the coming of the night, creatures of the dark! The Sinister Shadows Sale is HERE! All new Epic Abilities, and classic Abilities, Familiars and Avatar items are back! What are you waiting for? 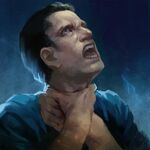 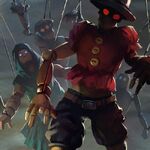 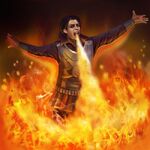 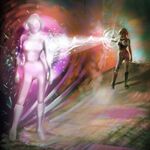 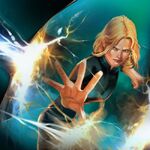