The Water Demons ability set is limited edition Offensive and Defensive Abilities earned through random drops in Akem's Gamble. It available between January 26th - February 15th 2012 and is found on Facebook.

As with other Ability Sets a player can earn more than one ability except for the reward Hydra Peril. These abilities cannot be given as Gifts.

The event was named Water Demons on the Akem's page, however all of the advertising material used the name Water Demon (without the s).

Would you dare to gamble with Akem to attain dark and evil powers that the waters hold? Unlock all four abilities to win the Epic Ability, Hydra Peril in the all new Akem's Event - Water Demon! Hurry, the time has come to take chances and see what fortunes await you! 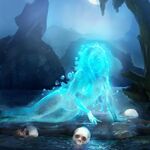 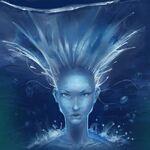 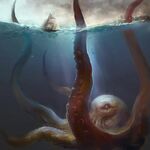 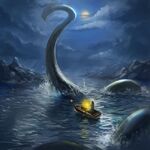 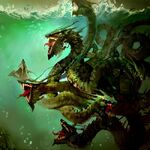 Wikipedia has an article about:
Sea Monster